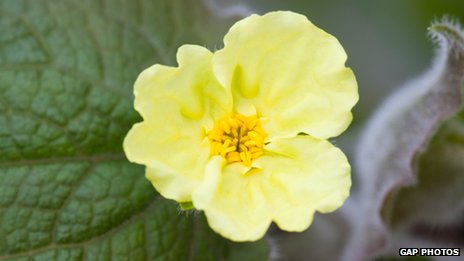 The Queen’s flowers in your garden

The flowers which grow in Buckingham Palace garden are available for the first time for the public to take home from the Hampton Court Flower Show. However can you recreate a mini royal garden in your own garden at home?

The royal garden covers over 40 acres of land and is home to over 350 varieties of wild flowers.

Mr Mark Lane, the Buckingham Palace garden manager, says that the garden reflects a traditional English landscape. The full garden for the most part remains private from the public and limited tours were only first allowed into the garden in 2009.

However 11 varieties of seeds can now be purchased at this years Hampton Court Flower Show which runs until Sunday. You can be supplied with some seeds by donating a minimum of £1 to charity. Some of the seeds that will be available at the show include acer trees, shrubs, poppies and upright ginger.

The shop at the show is now running into its fifth year and tends to sell seeds from all over the UK and also rare and exotic plant seeds.

However most people only have small gardens so how easy is it to actually recreate something special.

Janet Wright who runs the shop at the flower show had this to say, “Even in smaller gardens, it is possible to copy some of the plant combinations and the perennials that are growing there. Some of the seeds are quite specialist and some of them are fairly commonplace, like the poppy, but then a lot of people just like to have a flower and say that it’s come from Buckingham Palace”.

Winter might not be associated with some of your favourite flowers but this does not mean that you cannot enjoy fabulous flower arrangements during these colder months. There are a number of ways to embrace the natural winter beauty if you know where to look for inspiration. You can embrace nature by including these elements: […]

One of the most important parts of keeping your flowers fresh require a clean flower vase. Sometimes, however, dirt can build up inside your vase or it might be too small to really scrub. Fortunately, there are a few tricks you can use to restore your vases to their usual beautiful state. Salt and vinegar […]

Autumn colour combinations for this season

When choosing décor for this time of year, it’s important that you focus on selecting the appropriate autumn colour combinations. Each season is associated with different colours and autumn is no exception. Here are some great ideas that will create a subtle yet effect change. Bronze Bronze is an excellent autumn colour and it adds […]