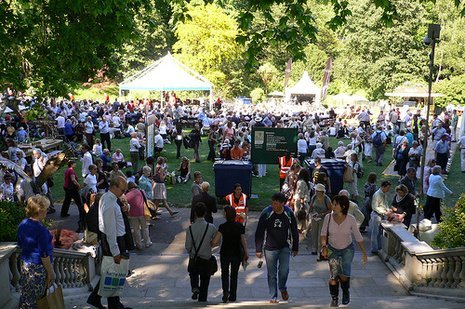 The Royal Horticultural Society is a flower charity which focuses most of its work in the United Kingdom. The charity was first founded on the 7th March 1804. John Wedgwood first came up with the idea in 1800 and four years later the first meeting took place in Piccadilly, London. The charities first president was Thomas Andrew Knight and his presidency lasted from 1811-1838.

The first event on the charities calendar each year is the Cardiff Flower Show which takes place in Cardiff, South Wales in April every year. The Royal Horticultural Society is a charity which raises awareness to the protection and proper care of flowers.

It stages many flower shows throughout the year with probably the most famous being the Chelsea Flower Show. The flower charity helps almost 2 million school children begin gardening and helps over 1700 communities across the United Kingdom. The flower shows help people with flower experts on hand to answer questions and give advice but the main focus of the flower show is to raise money so the charity can support as many projects as it possibly can.

The flower charity gives out awards at the flower shows for many different categories. The highest honour the charity can give is the Victoria Medal of Honour and other awards are the Banksian, the Knightian and the Lindley which are named after early members of the charity.

The flower charity has now been going for 209 years and if the people of the UK want to become self-dependant on growing their own flowers and vegetables then the charity will be going for another 209 years.

The Best Kind Of Water For Plants

Growing and maintaining your potted and garden plants can be tricky for some.  That’s because, despite how well you think you are caring for your plants and flowers, there may still be a few things you are doing that are causing your plants more harm than good.  Water is the source of life for any […]

Mother’s Day Flowers 2013: Gearing Up For The Big Day

Here at prestige flowers we are always looking and planning for the future. With the industries 3 big events all falling within 3 months of each other it is the most fun time of the year to be involved in the cut flower industry. The events of course are Christmas, Valentines Day & Mother’s Day. […]

£100K raised thanks to the Lincoln Flower Fest

More than £100,000 has been raised by the volunteers of the Lincoln Cathedral Flower Festival. With almost 150 flower displays, they were created with the recent success of the Oylmpics, notable GOLD. The proceeds are to go towards the maintenance of the Cathedral. One of the developers have stated that the whole festival has been […]