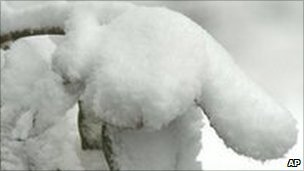 More flowers in spring count – No damage as predicted

The count takes place every year on Valentine’s Day and only flowering plants are counted up. It was feared the recent cold weather which has gripped the UK would damage the count this year but thankfully it has not. The increasingly low temperatures came when the buds of the flowers were at their tightest and this gave the flowers more protection from the weather.

Overall around 1,395 flowering plants have been recorded compared to 1,115 in 2010. Despite the increase in flowers it is still yet to hit the high mark set in the spring of 2008.

An additional 22 gardens took place in the count this year with a 17% national increase in the flowers and bulbs in bloom in early spring.

The trust’s garden advisor stated that because the cold snap hit us in early to mid-January it gave the flowers more chance to recover. Mr Wright the advisor said it could be a good year particularly for Rhododendrons.

The annual count has taken place in Devon and Cornwall since 2006.

Christmas cactus for the holidays

The Christmas cactus is an incredible houseplant. Whether you choose to display one or more in your home or you want to send one as a gift, you can be sure that it will impress anyone and everyone. When a Christmas cactus produces flowers, it is quite an amazing display of floral splendor. The flowers […]

Summer flowers for your dinner party

Summer is the perfect time of year to host parties and invite friends and family over. During the colder months we are less inclined to go out but, when the mercury rises, we tend to have more energy and there’s plenty more social events on the calendar. If you are planning a summer dinner party, […]

Valentine’s Day is celebrated on the 14th of February each year. This means that it can sometimes fall on a weekend but, in most cases, it will fall on a weekday. This year, Valentine’s Day falls on a Friday which is great for all those who want to plan a romantic evening or even a […]