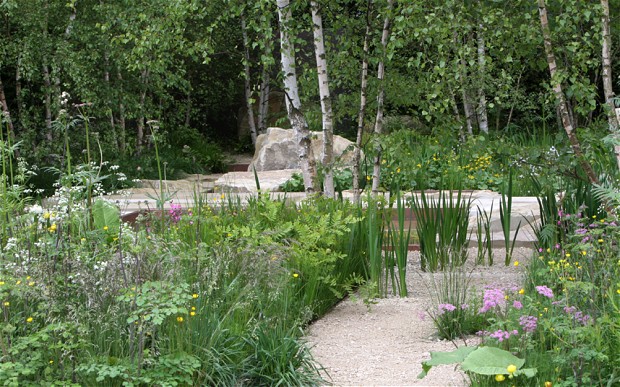 Best Flowers in show at Chelsea

A lady of 31 has won the gold prize at the Chelsea flower show for the Telegraph garden. An amazing achievement for a young designer especially since she has never before entered such a huge show. She set her sights high and now it has paid off. She was elated at the result of her entry which was an intricate abstract layout overlaid with flora. It has been described by some as a masterpiece with its textures and subtle planting. It shows that Sarah Price has spent a lot of time studying nature to make for an individual entry.

Some people however find the entry too subtle and some argue they can’t see the attraction in such wilderness. The most interesting point is that of those that have observed the garden some people find it too simple whilst others see it’s more complex side. The two elements this year were limestone and copper for an art and craft décor and for the detailing.

Sarah’s garden has been elegantly maturing throughout the week; we think it would still look lovely if it was left there for months.

We think it’s a great tribute to wild Britain.

Rustic flowers everyone will love

When you hear the word ‘rustic’ there are a few things that come to mind. There are some very specific colours and textures associated with this design theme. These visual aspects can be seen in flower arranging too. If you are looking for rustic flowers for home, office or even a special occasion, here are […]

The last thing anyone wants is to get ripped off when buying fresh blooms. Especially when these flowers are for an important occasion such as Valentine’s Day. When choosing flowers, there are a few simple steps you can take to ensure excellent satisfaction and value for money. Stick to your plan Before you even begin […]

Send flowers to your love interest

A new relationship can make you think, feel and do all sorts of crazy things. You might be so overwhelmed by your emotions that you find yourself thinking of them day and night. You may even be tempted to shower them with gifts. However, when the relationship is brand new, you need to take care […]