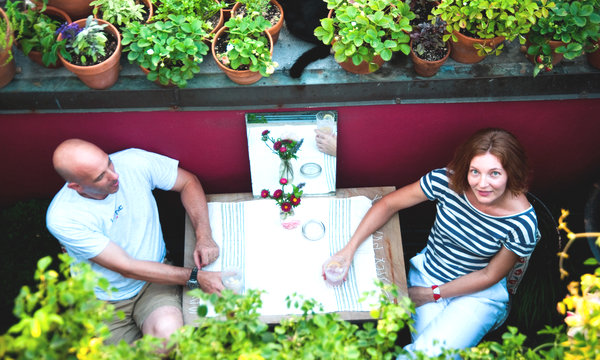 Tiny concrete jungles are appearing measuring from just sixty-six square feet (bigger than a window box but not by much).

Theses narrow outdoor rooms which sit outside apartments in places like New York are enough to accommodate roses, lilies and anemones along with edibles like strawberries, figs, herbs and mint. With enough room to fit in two people, a pet and a table and small bbq for cooking.

Many New Yorkers have to endure cramped spaces and are making the most of it by having urban greenery up on New York’s skyline. Images of these mini urban Eden’s have been shot from a helicopter and they take many different forms.

Flowers and plants that are safe for pets

When sending fresh flowers and plants to somebody special, you want to make sure that they will not present any risk to the recipient’s pets. Here are some of the best options from which you can choose if you want to send an impressive bouquet without worrying about possible poisonous effects. Roses Roses are excellent […]

The closer we get to Mother’s Day, the more stressed we become about finding the perfect flowers. Although we often know that this important day is just around the corner, our busy lives can often derail our shopping plans. This is why it’s always a good idea to make sure that you have a few […]

How To Care For A Cymbidium Orchid

For years orchids have been a popular choice for many people when they want to send flowers to somebody really special.  As a cut flower it has always been a success due to its amazing beauty and its ability to outlast any other cut flower.  It shouldn’t come as a surprise that many people are […]