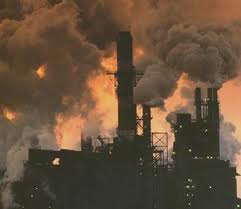 The most loved wild flowers in the UK countryside are steadily starting to disappear because of nitrogen pollution from car exhausts, experts are warning.

The much loved and familiar species of birds-foot trefoil, eyebright and harebells are losing out to more aggressive and robust plants because they benefit from the way the chemical becomes a fertiliser.

The nitrogen that comes out of the vehicle is called emissions and gets picked up by the wind before being deposited on the land, about 400,000 tonnes of nitrogen is dumped on the countryside each year in Britain. As a result of this small plants such as stinging nettles and different types of grass are growing to much and suppressing other species.

Most of Britain’s small wild flowers require poor soils to flourish alongside each other and because the soil is being heavily fertilised they are losing out, about 100 species are being effected by this.

Professor David Fowler of the Centre for Ecology and Hydrology had this to say, “It is a dramatic change to the flora of Britain. We’re essentially changing the fertility of the whole country, even the remote parts, by fertilising the landscape through the atmosphere. It is bad for our wild flowers as a whole. The tendency is to think, nutrients and fertiliser are good, but they’re only good if they promote the growth of the things you’re interested in. In this case, they’re removing key species from the environment”.

On Tuesday 19 June he launched a major new review of UK transboundary air pollution, pollution originating in Britain or coming in from the coast.

The review found that sulphur emissions from UK power stations, which turned into acid rain and fell on Scandinavia in the 1970s and 1980s, have been reduced by a big margin. However although the emissions have gradually been brought down from vehicles the deposition of the emissions on land have remained unchanged for over 20 years. This is partly to blame because the use of agricultural fertilisers creates more emissions.

Doctor Carly Stevens of the University of Lancaster added, “If you talk to old people they will say that there were more wild flowers when they were young. People think the old always look back favourably, but this is a case where it is true”.

A study co-authored by Dr Stevens last year found that over 91 species of flowers are affected from nitrogen emissions such as, restharrow, viper’s bugloss, wild carrot and the beautiful orchid, autumn lady’s tresses.

Sweet gifts to celebrate this Easter

Easter is often associated with indulging in sweet treats. While there are a number of traditions – both religious and non-religious – associated with this special time of year, the most important thing of all is family. Letting your loved ones know how much you care about them is extremely important. Especially if you are […]

What to expect when ordering flowers online

While many consumers will agree that online shopping has changed the way they buy gifts, there are still a number of those out here who remain unsure about ordering online. For those who generally feel more comfortable buying products that they have seen and held in their hands, the idea of browsing through product images […]

Hiding flowers for Valentine’s Day and keeping them fresh

This year, Valentine’s Day falls on a Sunday. Your florist might offer delivery on this day but you may not want to spend too long waiting for them to arrive. Not being able to schedule an actual time for the delivery, you might prefer to have the delivery made the day before. Of course, when […]