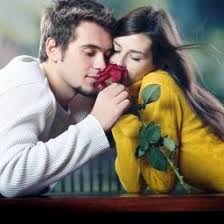 The love connection between Flowers and Romance

Everybody knows the story of Cupid firing the arrow into the flower and making it a love potion in A Midsummer Night’s Dream. Now scientists have found a link claiming women a more accepting of a man’s advances when flowers are present.

Flowers in recent times have become prominent on special occasions such as anniversaries, birthdays and weddings. But flowers have now been proved to be a catalyst in love.

Psychologists from the University of South Brittany in France found young women are more likely to give personal information to men if they are asked outside a flower shop rather than a cake store or shoe store.

A group of women were invited by the university to judge how attractive a selected group of men were. The five most attractive men picked by the group of women were then asked by the university to go onto the street and ask women between the ages of 18-25 for their phone numbers. The men were only allowed to say their own names, tell the woman she was very pretty and then ask for her number so that they could arrange a meeting at a later date.

Six hundred women in total were approached in the experiment of which 144 agreed to give their number outside a flower shop. Only 90 agreed outside a bakery and one in ten outside the shoe shop.

The researchers claimed that the experiment showed that women are more open to romance when they see flowers.

Flowers are used often at the most important occasions in life and they reflect the mood we are currently in and the emotions we are feeling. The results confirmed the effect exposure to flowers has to our romantic requests.

Dr Tom Buchanan says that the sight of a certain object as well as flowers can make people react and behave in certain ways self conscientiously. He says because flowers are linked with romance and have been linked with romantic gestures through history then people often start behaving in romantic ways when they see flowers.

During the warmer months of summer, we all feel the effects of the heat. This includes our plants and flowers. When flowers are cut from the main plant in the summer, they require a bit of extra care to ensure that they stay as fresh and beautiful for that much longer. If they are neglected, […]

Flowers and flowering plants in January and February

During the cold months of winter, our outdoor surroundings tend to become rather dull as trees remain without their leaves and the ground is noticeably colourless. When everything is decked with fresh, white snow, it can be pleasant. However, as the snow melts and loses its pure white appeal, we tend to prefer spending more […]

Flower aromas that we love in wine

When taking a sip of your favourite wine, you will notice how the flavours and aromas are very much layered. Your experience as the wine first hits your taste buds can be very different from the flavour that remains on your palate seconds later. Flower aromas are often found in various types of wine and […]