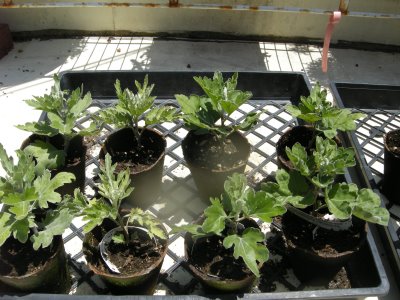 The life cycle of flowers

Flowers are wonderful things, and have been part of the ecosystem for billions of years, in fact, flowers are one of the few organisms to have hardly changed throughout evolution, and has instead honed and adapted to constantly changing environments and weather around the world. When we look at flowers, generally we just think of it as a beautiful, nice smelling plants, but, just how DO flowers work?

Like animals, plants and flowers go through various growth stages throughout their life, in this article we will be explaining these stages of growth for summer flowering plants, for example,  chrysanthemums.

The seedling phase of the flower lasts for about 2-4 weeks, and is the most fragile stage of the flowers life, when it has just broken the soil and has started to receive life-giving sunlight, in this stage the flowers’ roots start to anchor further into the ground, as the plant searches for nutrients for its growth. Small, rounded leaves are typically seen in this stage, which are green with chlorophyll that allows the flower to absorb carbon dioxide from the air, along with sunlight , this coupled with with the water and nutrients received from the soil, allow the plant to create its own food, with oxygen being the result of this process. As a lot of you may already know, this process is scientifically called photosynthesis.

When the chrysanthemums are around 4 inches tall, it is technically in what is known as the vegetative stage of growth, where the flower has not yet bloomed, and is still closed off from the outside world, this stage is mostly just for allowing the flower to use most of its energy on making it bigger, and allowing the roots to grow deeper into the ground, which will greatly increase it’s chances of survival. This stage typically lasts 3-6 weeks, while the sunlight it receives is still less than 12 hours a day.

This is the stage when the flower has started to reach maturity, and is triggered by an increase in sunlight to more than 12 hours per day. In this stage the chrysanthemum does not grow as much as it had in the vegetative state, and instead utilizes most of it’s energy into the development of its’ reproductive organs, as well as creating the chemicals that give off it’s attractive scent. Within about a week of this stage starting, the flower bud will start to open, allowing insects such as bees access into the flower, and thus allowing the flower to reproduce with other chrysanthemums, which results in new seeds being created, and thus paving a new life cycle for the next year!

As you can see, flowers are incredibly beautiful living organisms, not just to look at, but also how they have perfectly synchronized their growth with the seasons.

So many people enjoy getting creative for occasions like Valentine’s Day. If you have never tried to create your own romantic bouquet, you will be surprised just how easy and fun it can be! All you need to do is make sure that you have a few basic supplies and a design in mind. Focal […]

Being broke at the end of the month is bad enough. Not to mention being on a tight budget around the end of the year. Many people do not run into financial trouble on a regular basis but, when money is tight, it’s almost like everything comes crashing down all at once. So, whether you […]

When you think about sending or receiving a fresh flower delivery, you most likely imagine celebrating a birthday, anniversary, or another happy occasion. Flowers are not only for happy moments. They can also be perfect for apologizing in the event that you have offended, upset, or hurt somebody’s feelings. If you need to make ammends […]