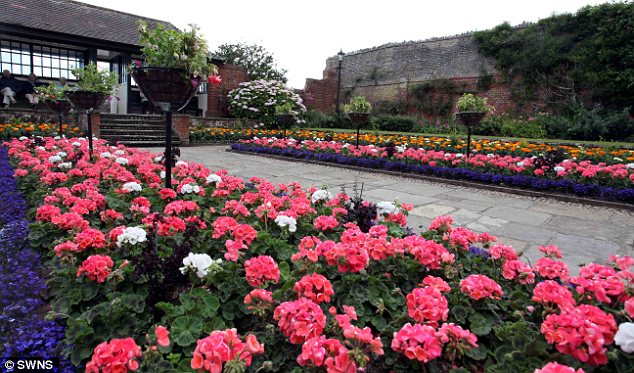 A town in the southern English county of Devon is today working on a project to plant 153,000 flower bulbs after being left £2.3 million by a wealthy Canadian businessman.

Keith Owen, whose mother lived in the Devon town of Sidmouth, regularly visited his mother and grew to love the town and did plan to retire there.

Sadly Mr Owen was diagnosed with terminal cancer in 2007, at the age of 69, and was given only weeks to live. At this point he decided to leave all his savings to a Sidmouth-based voluntary countryside conservation society hoping he could leave a legacy of a “million flowers”.

The Sid Vale Association who received the windfall was contacted by Mr Owen in May 2007 who asked them to preserve the ambience and way of life recognised in Sidmouth and its surroundings.

The SVA said Mr Owen “felt Sidmouth reflected England as it used to be”.

The town is now in the first stage of the operation and it is expected to take a few weeks to complete. So far the 153,000 snowdrops, daffodils and crocus bulbs have cost £166,00 and will be planted at over 50 sites in Sidmouth and its surrounding areas.

Make your own protea bouquet

Proteas are one of the most unusual flowers that we are lucky enough to be able to enjoy. They are large, colourful and they have plenty of amazing textures. The King Protea, as you may have guessed, is the top choice when it comes to these beautiful blooms. Remember, while these flowers are available at […]

Tips to care for potted daffodils

When you bring a potted plant into your home, it’s important to understand the needs of that individual plant. Different types of plants require varying amounts of light, water, and humidity. By understanding the needs of the plant, you can then fulfill these needs and this will ensure that the plant grows to its fullest […]

Behind the Scenes at The Prestige Flowers Studio

Prestige Flowers has become the UK’s number 1 for Prestigious Flower Delivery. For each of the Prestige Flowers range, the bouquet is designed by expert floral arrangers which create the bouquets from information gathered by the market researchers. This information contains popular flower choices and, depending on the time of year, the preferred seasonal flowers. […]