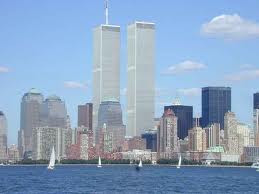 It is 11 years to the day that the world was shook by the worst terrorist attack in its history. Today mourners gather to mark the 11 anniversary of the attack which took almost 3000 lives. Flowers were laid at the world trade centre site in memory of those gone.

The memorial site shows the gaping holes of where the two giant towers once stood. Water symbolically now pours into them with the names of the victims and heroes of the day. Today 1000s of people will lay floral tributes on the site, the ceremony was led with a recital of the names of all those who perished including the NYC Fire Department.

People stood in silence whilst a bell rang at the exact times the planes went into the buildings and at the time they collapsed.

Construction continues with the Freedom tower, it has already began to grow above the New York skyline.

Flowers for your August wedding

August is the last month of summer and temperatures are starting to drop slowly but surely. As we prepared to bid farewell to the finer weather, many couples choose to tie the knot before winter arrives. One of the main advantages of choosing August for your big day is the fact that it won’t be […]

Make your workplace better with flowers

Many of us spend more hours at work than we do at home. This is why it’s so important to make your work environment as pleasant as possible. When you spend hours each day faced with little more than a computer screen and a mountain of paperwork, it can easily become monotonous. Such dull surroundings […]

Birthdays are always a reason to celebrate but it’s the milestones that are really worth enjoying. When choosing the ideal gift for one of these milestones, you will need to consider several factors including their age. Here are some great gift ideas for various milestone birthdays. For that sweet 16th, think about something like jewellery, […]