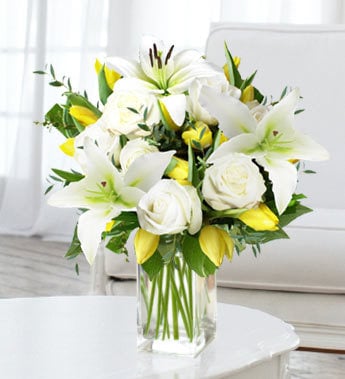 Flowers for your autumn anniversary

Whether it’s your first or your twenty-first year together, anniversaries are always an important occasion. It’s customary for couples to treat one another to various gifts on this day. Fresh flowers are easily the most popular of all romantic gifts along with chocolates, champagne, and even a private dinner.

When looking for the perfect flowers for an autumn anniversary, you will be happy to know that your options are plentiful! The first option is not necessarily seasonal but they are the most romantic of all. Red rose will certainly send the message of love. The number of roses you send will further influence the message you send.

Another option, if you want to keep it seasonal, is a bunch of bright orange, yellow, and pink blooms. Look for daisy-like flowers such as gerberas and germinis. Chrysanthemums are also an excellent addition as are carnations. Both of these flowers add amazing texture to any bouquet and they are available in some amazing colours too.

If you want something particularly bright, you could opt for a mixed bouquet of gerberas or a bunch of sunflowers. The open arrangement of the petals always make these bouquets considerably impressive. Most significant wedding anniversaries are also associated with a colour. There are not colours for every year but in these cases you can get creative. Check the list below to help you choose the most appropriate bouquet to send to your spouse.

If you cannot find flowers in the colour you require, you can always get creative. For example, you might not be able to find silver flowers but you can spray paint flowers silver and add them to your bouquet. This is particularly lovely for your 10th wedding anniversary where the colours are silver and blue. Have your florist put together a selection of blue and silver flowers with a few accents and accessories here and there. Silver painted sticks and beads are great options for arrangements that need extra sparkle.

Put dried flowers to good use

If you receive flowers for your birthday, an anniversary, or any other occasion, you will most likely enjoy these beautiful blooms for a couple of weeks before they wilt and you have to throw them away. At least, that’s what many people think! There are a number of ways to put dried flowers to good […]

When planning your wedding, you will need to consider a number of essential aspects. One of the most important being your décor and wedding flowers. Your centrepieces and floral décor at your ceremony are important. However, the one bouquet that is even more important is the bride’s bouquet. Not only will it accompany her down […]

Privacy is something we all like to have when relaxing in our garden. The last thing you want is to have your neighbour or a stranger staring at you while you’re reading your favourite book or trying to enjoy the sun. Fences and walls can be so ugly but there is good news. Nature has […]