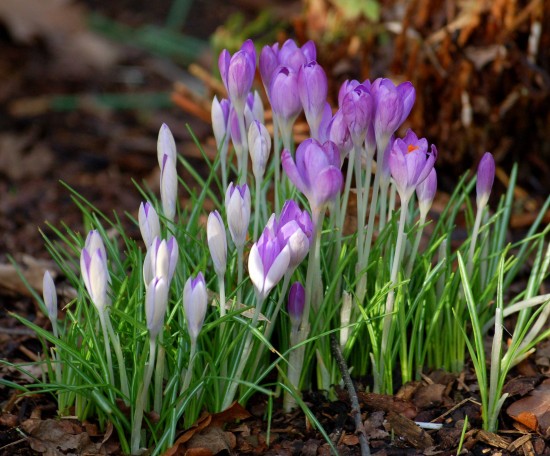 Confused bees and flowers in Devon

The recent climate changes in Devon has confused flowers and bees new research has suggested. Flowers have been blossoming far quicker than normal and bees have nested and produced honey earlier that what would usually be expected.

It is said that this confusion is because of the sudden cold and warm temperatures that Devon has experienced over the last few months. In march temperatures reached a peak of 22 Degrees then they dramatically fell to 10 degrees in April.

This led to flowers dying quicker and the usually Spring look was greeted by wiltered flowers and ready to eat honey. One week there were thousands of bees and flowering plants and then the next week there was nothing explained bee manager Kate Tuke.

Each year we spend a fair amount of money on Christmas cards for friends and loved ones. When you visit various shops, you will also notice that many of these commercial Christmas cards are very similar, if not identical. If you want to give your loved ones and friends a truly unique Christmas greeting card […]

Seasonal flowers can save you money

No matter the occasion or the time of year, looking for cheap flowers has become increasingly common in households around the world. Why pay more than you have to? Why not enjoy exceptional floral beauty at a fraction of the price? Just because you find a bunch of flowers at a cheaper price, does not […]

Irises are popular blooms and they are a top choice among gardeners as well as florists. This flower was named after Iris, the Greek goddess and they produce a variety of colours. The only colour that you will not find is bright red. Here are some more iris flower facts. Six lobes to each flower […]