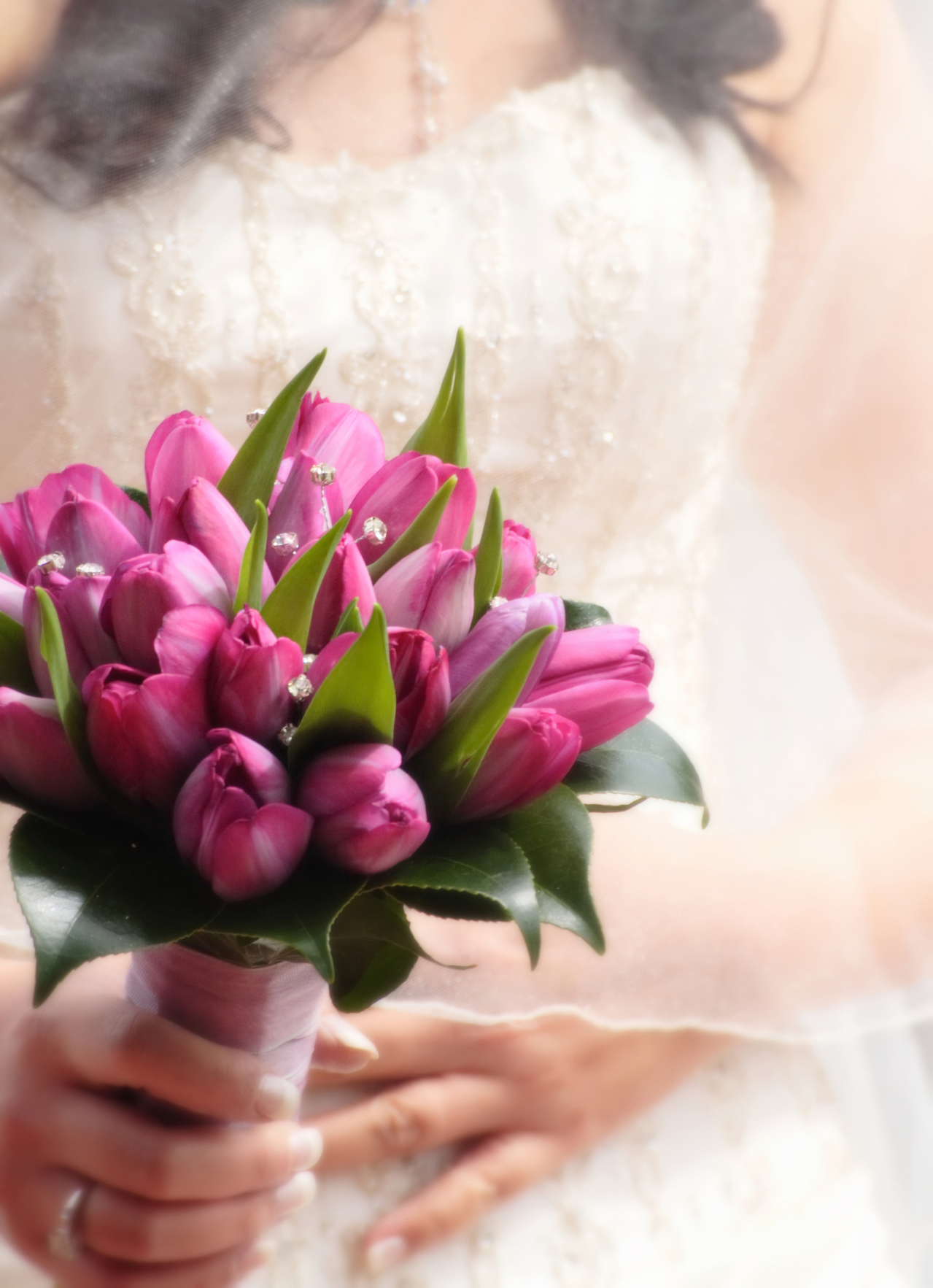 Your bridal bouquet – to toss or not to toss

Like many other traditions, the bridal bouquet and the bouquet toss is fascinating. Many years ago, flowers were not used in bridal bouquets but rather herbs. In Celtic history, the groom would wear a garland made from herbs and the bride would carry a bunch of herbs and garlic. This was done to protect the couple from evil and to prevent any nasty spirits from upsetting the ceremony. In England, when the plague was rampant, many people thought that it was transmitted through bad smells. The bride would carry a bouquet of strong smelling herbs and spices to keep infection away.

Years later, rather than herbs, brides started carrying bouquets of edible flowers. Included in these bouquets, dill was also often used. It was consumed by the newly married bride and groom along with their guests. It was believed that dill had the power to increase the libido and newly wed couples were encouraged to have children sooner rather than later.

After time, the bridal bouquet became an accessory and did not have the practical use it once did. When placing an order for wedding flowers, the bride’s bouquet is usually at the top of the list! Instead of fresh herbs, today’s bouquets include the most beautiful fresh flowers. These flowers are to match the colour scheme and/or theme of the wedding. Foliage is also used in many wedding bouquets. Ivy is a popular choice particularly for bouquets that trail down towards the floor.

The bride’s bouquet is selected and designed to reflect the personality of the bride. It is also meant to complement her dress. The more elaborate the dress, the more elaborate the bouquet! A simple dress would look rather silly when paired with a large bouquet. Which is why it’s so important to let your florist know what dress style you have in mind.

The tradition of tossing the bouquet is associated with a number of stories. Many years ago, in a few cultures, it was said that if you take something from the bride, it’s her way of passing on her good luck. Back then, guests would sometimes attack the bride and try to grab something to help them turn their luck around. So, to curb this, the tradition of tossing the bouquet gave guests a way to get something from her without letting it get ugly. Even the groom has joined in by tossing his new wife’s garter. Today’s traditions say that the woman who catches the bouquet and the man who catches the garter will get married.

Some brides prefer to hand their bouquet to a special friend or loved one. There are even some who have their bouquet made up of several smaller bouquets so that they can share it with several guests. No matter your preference, one thing is for sure, brides of today need to carry something beautiful down the isle!

While so many people are familiar with occasions like Mother’s Day, Valentine’s Day and Christmas, not many people know about Positive Thinking Day. The 13th of September is set aside for this special day and it really is a great opportunity to give ourselves and each other a positive boost. If you want to buy […]

There isn’t a woman in this world who doesn’t appreciate that touch of class and elegance.  A woman’s elegance is usually demonstrated by the clothing they choose and the way in which they decorate their home.  When it’s time to order flowers for such an elegant woman, you will need to take some extra time […]

Perfect potted plants to send during winter Different types of plants thrive during different seasons. When searching for the perfect potted plant to send to a loved one over the winter holidays, there are a number of fantastic options. Here are some great ideas depending on where your loved one is likely to display their […]