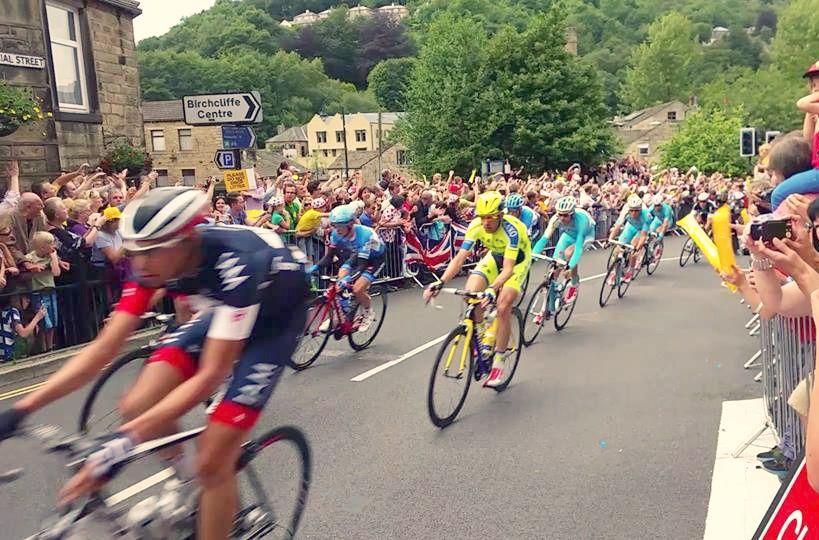 The Tour de France is easily the most well-known bicycle race in the world and has been an annual event since 1903 and was only interrupted during World War I and II.  Although it initially attracted French competitors, it didn’t take long for this race to gain popularity and for racers from all around the globe to join in.

The team at Prestige Flowers were fortunate enough to find themselves right in the middle of the action.  The first stage of this internationally acclaimed event received a fantastic turn out and supporters really helped create a fantastic vibrant atmosphere.  As each rider passed by in their brightly coloured team jersey, it looked like a stream of fresh flower petals flying through the air.  As they made their way along the first stage in Yorkshire, many Prestige Flowers staff waited for several hours to get a close up view but, no matter who passed them by, all riders were greeted and encouraged with plenty of support from the crowd.

Seeing all the riders in such great form was a particular advantage since it’s still early days for them.  Probably the most challenging aspect of the race is the fact that it takes place over a gruelling period of 21 days and, this year, it will also pass through Spain and Belgium.

All eyes are now on these fine athletes as they compete each day for the coveted yellow jersey and the title of Tour de France champion.  Best of luck to all the competitors – may this year be the most entertaining and challenging yet!

When you receive a fresh flower delivery, care is fairly simple. You will need to trim the stems, place them in fresh water and display them in a safe spot. When it comes to potted plants, like Hyacinths, some extra care will be required. The good news is that, if you find the right spot […]

If you order or receive a hat box flower arrangement, you can be sure that it will brighten your home right away. Of course, like all cut flowers, you want to make sure that they last as long as possible. This is why you need to keep these essential care tips in mind. Watering A […]

When sending flowers to friends and loved ones, it’s important to choose the appropriate blooms for the occasion. For instance, romantic flowers will not prove suitable when you want to express your condolences. When choosing fresh blooms for somebody special, keep these flower meanings in mind and remember that there is a bloom for every […]