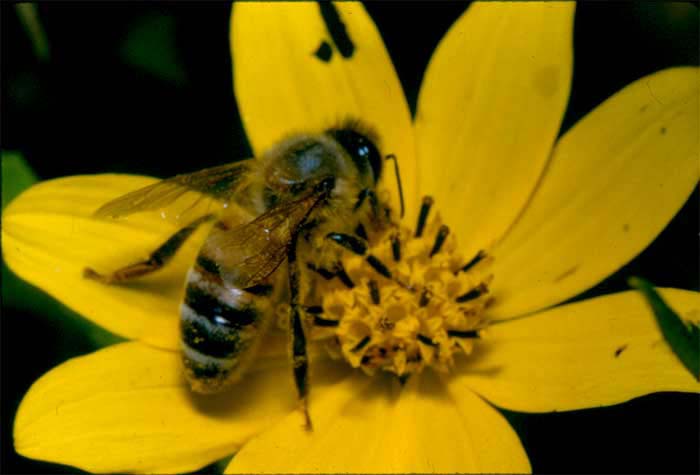 The facts about Flower Pollination

Flowers are usually just known for their aesthetics, such as their looks and their generally sweet scent. As well as being masters of seduction, they have also over the course of millions of years, perfected the way they reproduce . Many people think that the only way flowers reproduce is through using wind to transport seeds and pollen, we now know however that flowers have evolved along side their environments to individually develop the most efficient way to reproduce.

Wind pollination is the least used pollination method used for reproduction in the plant kingdom, as it is very much so dependant on luck. When male flowers have reached maturity ,usually within 1-3 months for most flowering plants, they start to grow large amounts of pollen  on their stamen, on their flowers, which are usually not brightly coloured or particularly scented as they do not need to attract an insect of animal. When the wind is strong enough, it can carry the pollen over great distances, until hopefully by chance it reaches a female plant of the same species, or in some cases another species in cross-breeding, when it reaches its target, the female flower that houses the female reproductive organ, the pistil, the two undergo biological reactions and seeds (embryos) are made. These seeds are then dispersed from the plant via wind again until they reach a location where growth is possible, a good example of a flowering plant that uses this method of pollination is the Dandelion.

Around 90% of plants use this method of pollination to reproduce, and there are obvious differences in appearance between plants that do not need animal interference to pollinate, and ones that do, the main one being that plants that require animals to reproduce purposefully grow large, noticeable, brightly coloured flower heads that give off a sweet scent, so as to attract insects and animals, a common example would be the honey bee, which initially lands on a flower to collect nectar for food and honey production, but unintentionally gets lots of pollen  attached to the bee’s hairy body, then once it moves onto an other plant to get more nectar, the pollen of the first plant is rubbed onto the flower of the second plant, which causes pollination to occur.

As I’m sure you now realise if you didn’t know before, flowers are more than just pretty faces and nice smells, they are also masters of the survival and continuation of their species!

Choosing the best artificial flowers can prove just as tricky as selecting the best fresh flowers. There are certain factors that need to be carefully considered before buying such a bouquet. Unlike fresh blooms, silk flowers will last for years and this is precisely why it’s so important that you take the time to make […]

Romantic flowers that are sure to impress

Of all the flowers at your local florist, sunflowers are arguably one of the most impressive. Bright, bold and beautiful, they are one of the most versatile types of flowers. Here are a few interesting flower facts that you may not already know about these gorgeous blooms. Origins The botanical name for sunflowers is Helianthus. […]