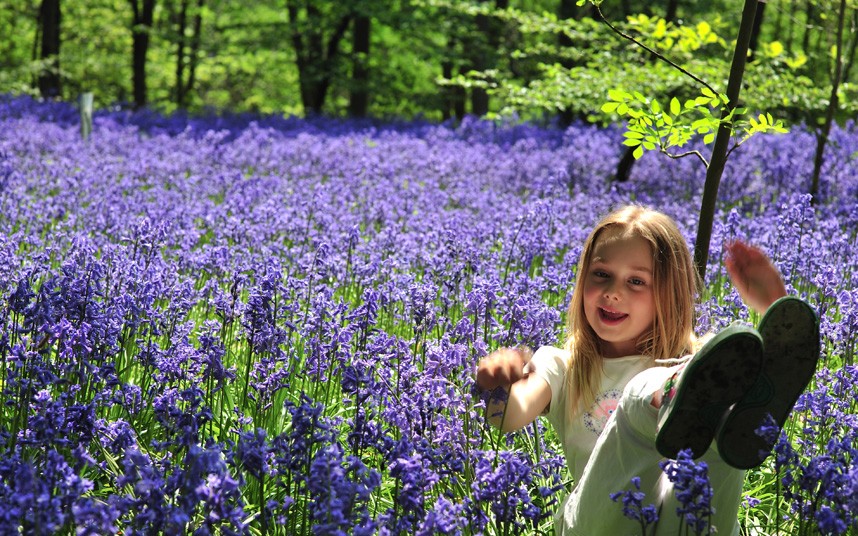 The Bluebells of Britain are dying

The native bluebells in Britain are under threat from an aggressive new hybrid which could mean the famous bluebells could disappear completely from our British lands.

The bluebell comes to power in the springtime which millions of tiny blue flowers popping up between April and May. In fact the woodlands of the UK 50% of the world’s bluebells currently grow. The bluebell has a very unique scent and it has an extremely delicate form and structure and experts say this is what makes it a very special flower.

Many of the bluebells which are found in our gardens and urban areas of the country are not the traditional British bluebell. They are in fact the product of cross breeding between the native bluebell and the variety which currently grows in Spain. The hybrid first known appearance was in 1963 and it is very fertile and has since spread rapidly across the country.

More worryingly now for conservationists the hybrid has begun to flower in the British woodlands which is the preferred habitat of the UK native bluebell and is home to some of the oldest populations of bluebells.

Dr Mark Spencer from the Natural History Museum believes the hybridisation could dilute the distinctive traits of our native bluebell over time.

To make the matter is more complicated it is incredibly hard to tell apart the native bluebell and the hybrid bluebell. The best way to tell is when the flower has just opened up. Older flower spikes are less unidirectional and stand in a more upright position. Pollen may also be lost and the flowers could lose their scent.

When a loved one passes away, it can be incredibly difficult for the family to deal with their grief while trying to plan the funeral or memorial service. Choosing things like funeral flowers can become overwhelming. Fortunately, professional florists understand the challenges of selecting the perfect floral tributes and this is where personalisation comes in […]

We often hear people say that life is short. All the more reason to show your loved ones how much you care. Now, you could wait for occasions like birthdays, anniversaries, and holidays like Christmas, but why not show your love when they least expect it? The greatest surprises come when we are not expecting […]

How To Care For A Bouquet Of Fresh Cut Flowers

Everyone knows that fresh cut flowers don’t last forever.  In fact, even if the flowers are never cut from the main plant, they will still perish after a certain period of time.  However, if you are lucky enough to have somebody send flowers to you or if you decide to spoil yourself with a bunch, […]