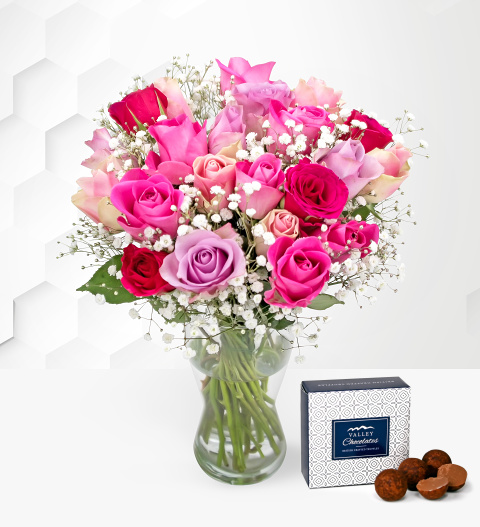 Mothering Sunday and how it all started

This year, we celebrate Mothering Sunday on 14 March and, while most of us follow a number of traditions, we don’t necessarily know where they come from. By better understanding the origins and history of Mothering Sunday, it will help you celebrate this special occasion in the most meaningful way.

Mothering Sunday was initially a religious event during the 16 Century. There was no connection with mothers but rather the ‘mother church’. The mother church is the main cathedral or church in that region. On the fourth Sunday of Lent, it was tradition for everyone to return to the mother church for a special service. It was such an important event that even domestic servants were usually given the day off so that they could visit the mother church and see their families.

Simnel cake is a rich fruit cake which is often associated with Easter. However, it is also traditionally prepared for this special Sunday. The cake consists of layers as well as marzipan and, for Easter, it is often decorated with 11 balls of marzipan to represent the disciples of Jesus, apart from Judas.

During the 20th Century, Mothering Sunday was almost forgotten. Fortunately, thanks to Constance Penswick-Smith, this celebration was revived. She even went so far as to write a book called The Revival of Mothering Sunday and founded the Society for the Observance of Mothering Sunday. Not only did her efforts pay off, but they were the driving force behind the Mother’s Day celebrations that we know today.

Mother’s Day and Mothering Sunday are completely different occasions and they are usually celebrated on different days too. Anna Jarvis is responsible for starting Mother’s Day in the early 1900s. Her mother was a militant peace activist during the United States Civil War and also her inspiration. At first, her efforts fell on deaf ears but, in 1914 President Woodrow Wilson signed the occasion into existence.

When celebrating Mothering Sunday this year, take a moment to remember the history of this event and just how easy it would have been for it to have been lost. You might like to visit the mother church in your area and possibly even take mum along with you.

How to make a pumpkin-like arrangement

Autumn is pumpkin season and this delicious product of nature has inspired many other areas of our lives too. Here is how to make a pumpkin inspired flower arrangement of your own. You can use this arrangement to brighten up any room in your home but it works remarkably well as a centrepiece in particular! […]

During the warmer months of the year, fresh flowers are in abundance. Not only will you notice that there are plenty of flowers at your local florist, but your garden will also be bursting with colour. Fresh flowers, even when they remain attached to the plant, do not last longer than a few weeks. However, […]

Decorating your event tent with flowers

Sometimes you simply cannot find the right venue in the right location to host your wedding, birthday celebration, or other event. This is when a large tent will prove to be your best option. Of course, when you think of a tent, you might instantly imagine your guests crawling in and all cramped in a […]