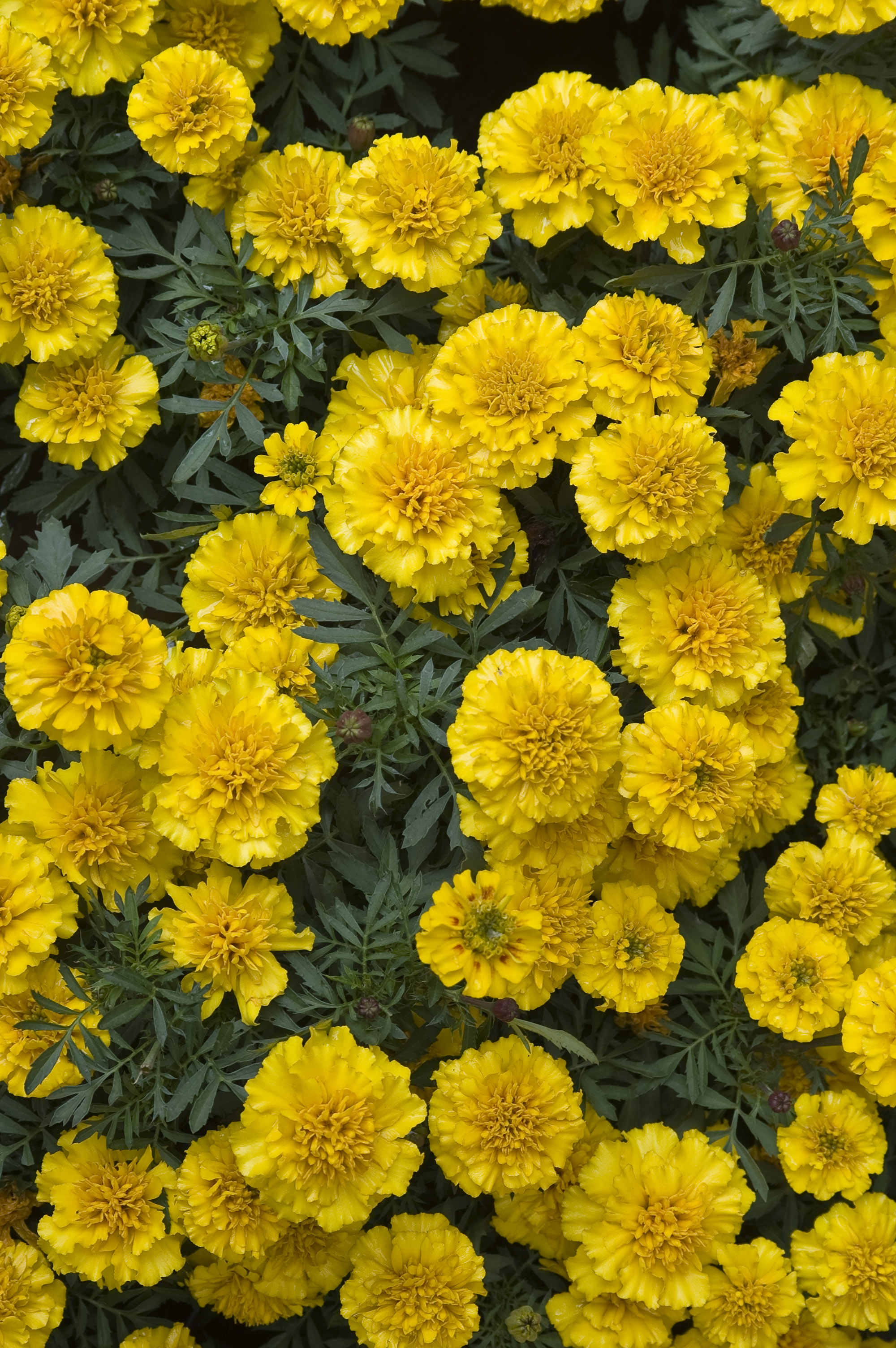 When you think about planning an event like a birthday or wedding, you might not think about ordering marigolds from your florist. While they are often grown in gardens, today they are often overlooked as bouquet flowers which is quite a shame. Not only do they add bright colour and texture to table arrangements, but they can also be used in handheld bouquets! If you have some growing in your garden, you can always add them to a colourful bouquet for that little something special.

It was the Aztecs who first used this flower for its medicinal purposes. According to herbal records that date back as early as 1552, marigolds were used to cure all sorts of ailments including hiccups and injuries that resulted from a lightning strike. If the Aztecs were to cross a river,they would keep these flowers with them for its supposed magical properties.

The Spanish are said to be the first to have taken the seeds of this flower back home for cultivation back in the 16th century. This is how they first made their way across the ocean. Like many other popular plants and flowers, there were a number countries that became interested in growing this flower. France was one example of an influential European nation that took an interest in marigolds. Northern African countries did too.

Back in the early 1900s, flowers like asters and sweet peas were notably more popular than marigolds in America. However, when disease spread through these plants, the locals realised that they were in need of something new. David Burpee, a rather young man at the time, took over his father’s seed company and this is how America came to learn of the marigold’s beauty. He featured the flower in his catalogue and invested a great deal in researching marigolds even further.

These flowers have become a part of various traditions and cultures over the years. They are important for various Hindu religious ceremonies and they are associated with All Saints Day in Latin America. These hardy flowers are easy to grow and they are not difficult to please. In countries like South Africa, they are used to decorate grassy areas next to roads. This is not only because the plants are so hardy but also because of their bright colour.

While marigolds are also known for their strong smell, there are some varieties without any scent. Hybrids are to thank for some new varieties and it’s always worth trying different options for your garden before settling on your favourites.

Fresh flowers and their connection in astrology

Fresh flowers are not just pretty to behold. Each bloom has its own unique meaning and there is often a legend to go with it. Like birthstones, each month of the year is associated with a different flower. Flowers are also associated with different astrological signs. If you want to send fresh birthday blooms to […]

Flower vase hack – how to use glasses

Fresh flowers can be displayed in a number of creative ways. You don’t need to stick to the conventional vases that we know and love. You can use this flower vase hack to create a truly unique floral display. All you need is a selection of blooms and a glass or two from you drinking […]

When you want to say that you are sorry, it’s not necessarily only about appologizing for something you said or did. There are a number of other moments that call for flowers that say you are sorry. Another important point is that different types of flowers also send different messages which will influence your choice. […]