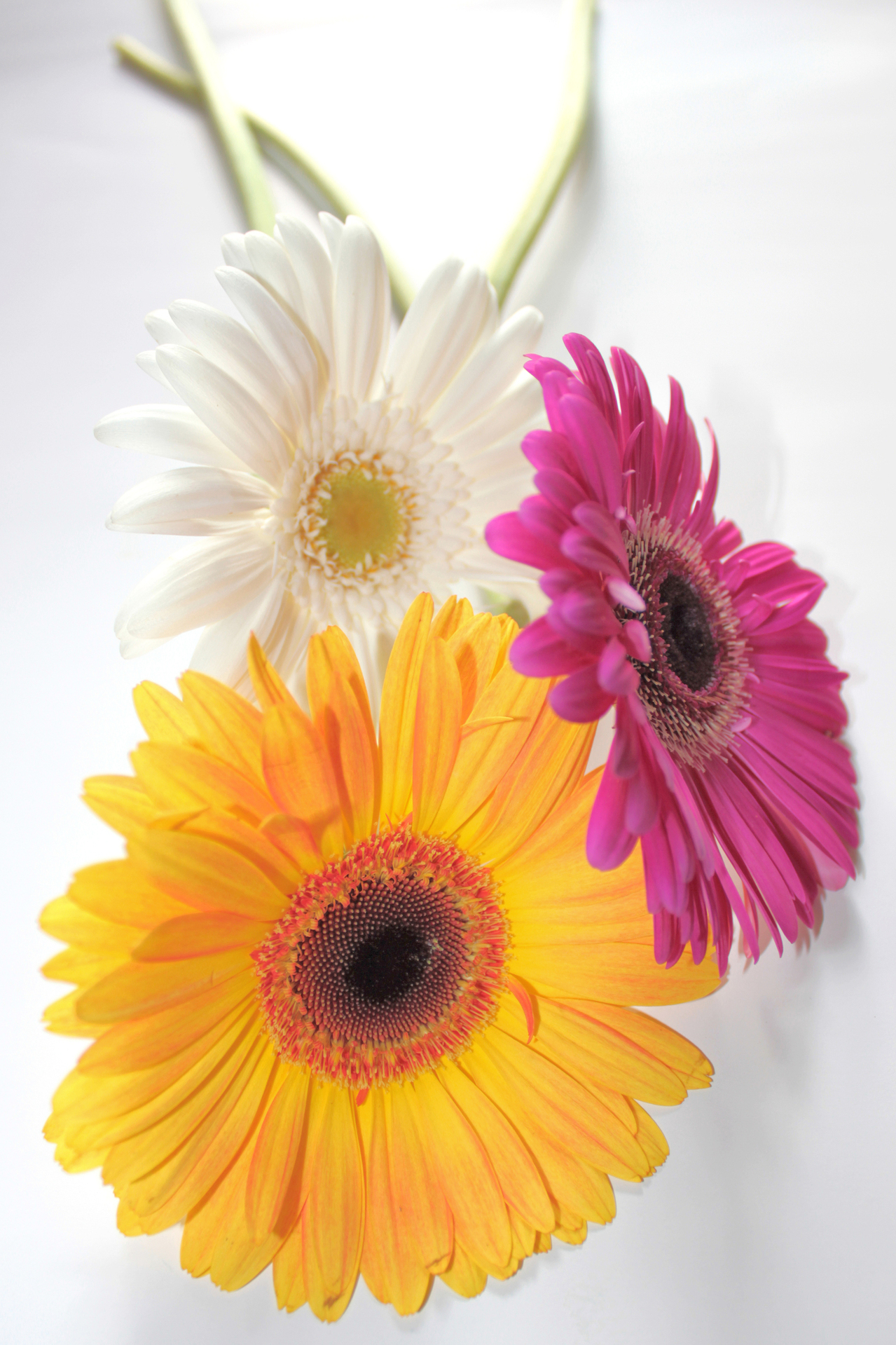 Gerbera daisies are available in a wide variety of gorgeous colours and they usually vary from 7 to 12 centimeters in diameter. Their large size and bright colours make them extremely attractive and a popular addition in many flower arrangements. In fact, they are so abundantly beautiful that they can be displayed all on their own! When you look around at flowers online, you will notice how many local and online florists use gerbera daisies in their arrangements.

Compared to most other flowers, gerberas are often considered “young” because they have not been cultivated for quite as long as many other popular blooms. Rober Jameson, of Scotland, discovered this lovely flower in South Africa. It was discovered in 1884 but cultivation only started about 40 years later. If you’re wondering where the flower got its name, it was named after Traugott Gerber, a German botanist.

Some other names that are associated with this flower include the Transvaal (an area located across the Vaal River in South Africa) daisy, the Barbeton daisy (due to the location of its initial discovery), and the African daisy.

In 1889, J.D. Hooker scientifically identified the flower and the name he gave was Gerbera Jamesonii. Some other species of this flower have also been found in South America and Asia which clearly indicates a love for warm weather. In the 1890s, the flower was first cultivated in England before eventually being cultivated in North America some 30 years later.

Florida and California are two states in which these flowers are largely produced because of the favourable weather conditions. The Netherlands and Columbia have also entered into large scale cultivation and, since the market has become quite flooded, the prices of these flowers have become quite reasonable.

So, the next time you are browsing for flowers at your favourite florist, make sure that you consider adding gerberas to the bunch. In fact, if you like these flowers, you might even enjoy a bunch of them! Remember, they look particularly attractive when you choose three or more colours in a single bouquet.

The best plants for windowsills

One thing that many people struggle with is choosing the right plants for their home. Especially when space becomes an issue. Windowsills are small spaces that are rarely used for much at all but they have amazing decorating potential. If you are looking for the perfect plants for windowsills, here are some ideas. Orchids Orchids […]

You probably know by now that there are a number of steps that you need to take in order to ensure a long life for your cut flowers.  You can’t expect somebody to send you flowers and all you do is pop them in a vase and you’re done.  The same can be said for […]

The Olympic rings are in bloom at Kew Gardens, with only 84 days to go until the games begin. The amazing installation is in celebration of the London 2012 Olympic Games. The rings are 50m long and made up of a staggering 20,000 plants which can be seen from the flight path at Heathrow. It […]