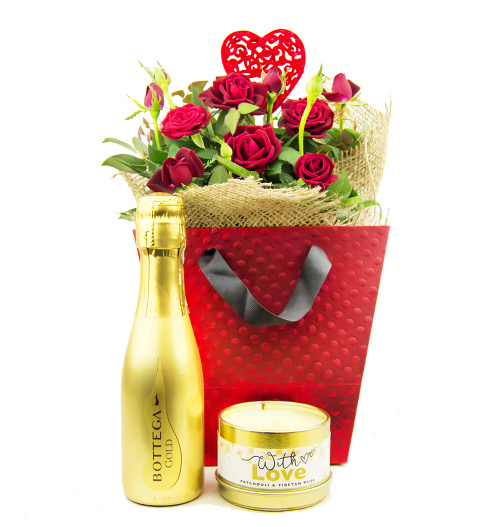 For most of us, Valentine’s Day is associated with red roses, luxury chocolates and plenty of romance. That said, not too many people really know how this tradition started. Like most other traditions, this celebration can be traced back centuries to the time of Emperor Claudius II.

During the third century, Emperor Claudius II believed that single men were better soldiers than those who were married and had children. Single men had nothing to hold them back and perhaps this is why he thought that they were more willing to risk their lives. This led to him outlawing marriage for men and this is where Saint Valentine decided to go against the law by performing marriages despite the ruling.

Sometime around 270 A.D. Saint Valentine was caught and sentenced to death. This is why so many people started celebrating this day – to honour the fact that he stood against this law and performed marriage ceremonies without any regard for his own life or safety. In a sense, Saint Valentine really proved to be as brave (or more so) than any soldier on the battlefield. By going against his own emperor, he secured his fate. Of course, February 14th was not declared St Valentine’s Day until the 5th century and it took even longer for people to start associating this occasion with love and romance.

Keeping in mind that there were people who went through such a troublesome time that they were forbidden to get married, it makes such a celebration that much more meaningful. Today we have the freedom to choose our partners and show our affections in the most dramatic ways.

If you want to spoil your partner or spouse this year, remember that it’s all about the thought. Red roses are the top choice when it comes to flowers. However, if they are not exactly within your budget, you could always opt for other red flowers, a pink bouquet or even a bunch of their favourite flowers. Many florists include chocolates with certain arrangements or you can add a box of chocs to your order. Combo gifts make it easy to shop for everything you need in one place. You can choose from combos that include flowers, chocolates, a bottle of bubbly, a cuddly teddy bear and a balloon. Take your pick based on your partner’s preferences and your budget.

How to make your own peony flower arrangement

Peonies are beautiful, fragrant, and available in a number of colours too. These spring flowers are perfect for a wide variety of arrangements and occasions. They can be used to make table centrepieces as well as bridal bouquets. To top it all, they are really easy to work with and you can achieve an amazing […]

90% of flowers in Wales at high risk of extinction

Its estimated that one in ten flowers in the woods of Wales are in great danger of disappearing for good. Immediate conservation is urgently required in Wales to prevent what could be a massive e in the mass loss of flowers. Though the Welsh government has made numerous assurances that they will do all they […]

When choosing your Halloween outfit, it’s not only about the clothes you wear. More often than no, it’s the accessories you choose that really make or break your look. One quick and easy way of ensuring that you get the right message across is by wearing the right hair accessories. Floral clips are fantastic for […]