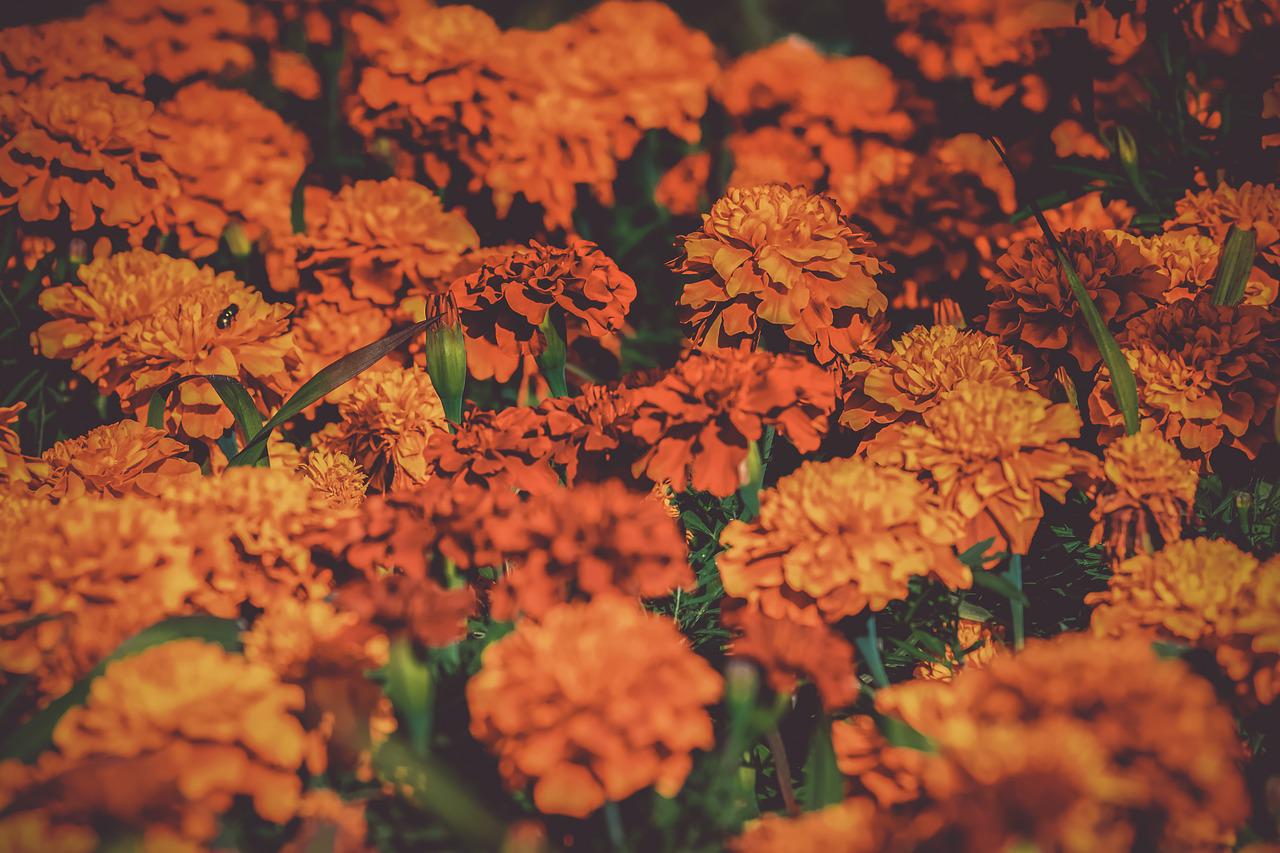 If you are planning an important event like your wedding, a milestone birthday or anything this significant, you may not think of decorating with flowers like marigolds. When we think of fresh flowers, we usually imagine roses, carnations, lilies and so on. Rather than being so quick to pass over these blooms, consider their rich flower history. Even if you don’t include them in your special event, you may still wish you plant them in your garden.

The flower history of marigolds can be traced back as far as the ancient Aztecs. They used this flowering plant for its medicinal and supposed magical properties. According to herbal records that date back to the mid 1500s, these blooms were used to cure ailments like hiccups or treat those who had been struck by lightning. As for their magical properties, the Aztecs used marigolds if they wished to cross a body of water or river and they needed protection and safe passage.

Taken across the ocean

It is believed that the first people to take marigold seeds back home were the Spanish. This was back in the 16th century and it didn’t take long for other European countries to take an interest. The French were one of the first and soon countries in Northern Africa also showed a keen interest in growing this plant.

It was not until the early 1900s that the flower history of the marigold made its way to America. Prior to this, the flowers of choice included asters and sweet peas. That was, however, until disease took hold and many plants perished as a result. David Burpee took over his father’s seed company and he invested a great deal in researching and cultivating this plant.

In the more recent flower history of marigolds, we can see that they are associated with different occasions like All Saints Day in Latin America and they are also used in different Hindu religious ceremonies. In countries like South Africa, these tough plants are planted along roadsides to add colour without the need for too much care.

While marigolds are known for having quite a strong scent, this is good news because it means that they help keep a number of bugs at bay – including mosquitoes. That said, due to their rich flower history and cultivation, hybrids have also come to be and they have little to know scent at all. These are good options to consider if you want the beauty without the strong perfume.

How to create a spring centrepiece

Spring is the perfect season for enjoying nature’s greatest gift. Fresh flowers are abundantly in bloom and you can quite literally take your pick from a whole bunch of beauties! If you want to make a gorgeous spring centrepiece, here’s how to do just that with a few basic supplies. You will need: 8 inch […]

Top Easter flower choices and what they mean

Are you looking for the best way to decorate your home this Easter? Fresh flowers make a fantastic natural dash of colour fit for the season. Here are some of the top Easter flower choices that will certainly make this time of year incredibly special. You can display some of them on their own or […]

PrestigeFlowers TM is now the largest UK florist with 100% Satisfaction Guaranteed. So Far this year Prestige Flowers have delivered thousands of beautiful bouquets on time. Flowers are available for UK next day Delivery and Same day delivery covering the very south of England, Ireland and the Highlands of Scotland. Prestige Flowers take their name […]