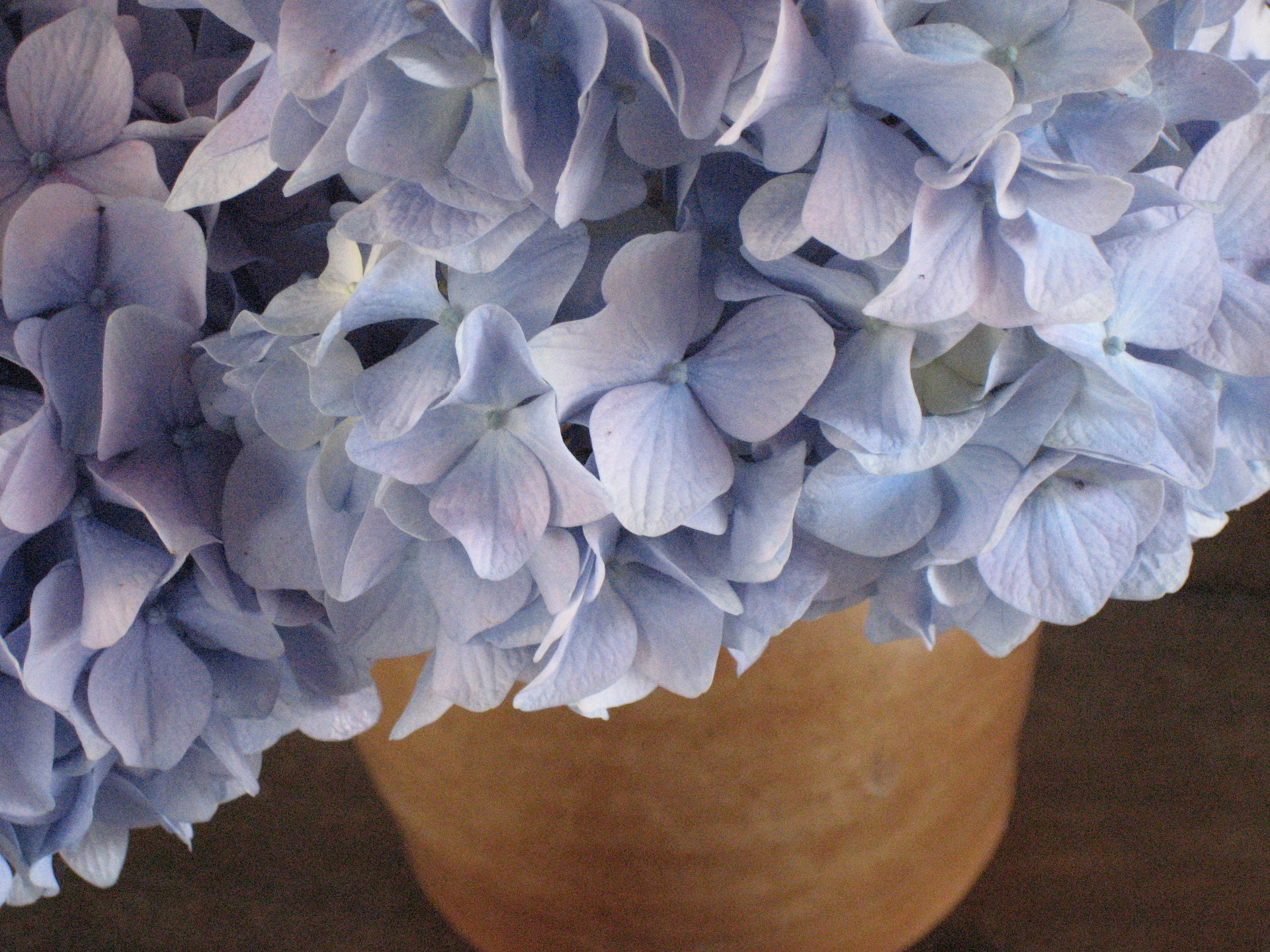 Hydrangeas are known to produce some of the largest flowers of all potted plants. Due to the amount of energy that these flowers need to produce each bloom, they are not hardy enough to survive outdoors during the harsh winter. During the summer months, these potted plants can be placed in partial shade conditions. They must, however, be moved indoors before the appearance of frost. In addition to these tips, here are some more guidelines to keep in mind:

Placing your potted Hydrangea in a bright location during the spring season is a great way of encouraging growth.

Your Hydrangea will prefer lower temperatures at night and should be moved to a room that enjoys overnight temperatures of between 50 and 60 degrees F.

Keep the soil moist at all times. To water, place your Hydrangea pot in a tray of water and let it sit for 45 minutes. Once the soil is wet, you should remove the plant from the water tray immediately. Do not let the soil get too dry or over saturated if you want to keep your Hydrangea happy.

Cut off additional shoots so that only three remain. This will ensure the growth of larger blooms. During the month of June, you should trim back long shoots by several inches to prevent your plant from becoming spindly and untidy. By the end of July, you should refrain from trimming your plant any further.